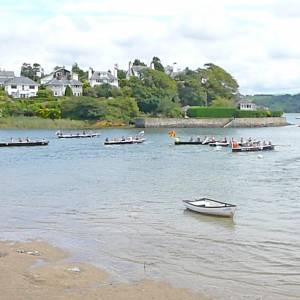 As part of the Cob 200 celebrations in 2011, The Madoc Rowing Club held a race that was a re-enactment of the historic requirement to provide a Pilot to the ships coming into Porthmadog Harbour.
The Pilots and their crews lived in Borth y Gest and on the sight of an incoming ship would 'race' against other Pilots to get to the ship first and thus gain the service fee.
Madoc Yacht Club rowers held a similar 'race' to a ship in the channel and it was very well supported by residents and holiday makers. Celtic Longboats from all over North Wales took part in the event with many participants and members of the public donning period costumes.

It was such a fantastic success that the occasion is to become a North Wales annual event starting from Porthmadog.

The Cob, which it is called, is the genius handy work of William Maddocks and was built in 1811. This year is the bicentenary of the building of the Cob. There are lots of activities going on through out the summer to celebrate Maddock’s masterpiece. click here for more info 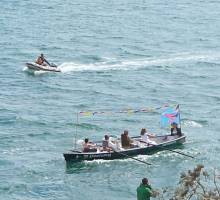 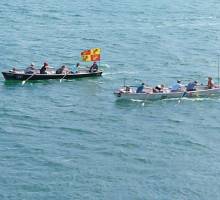 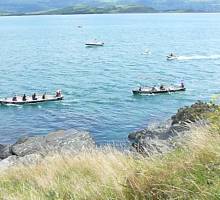 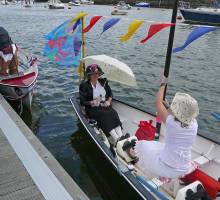